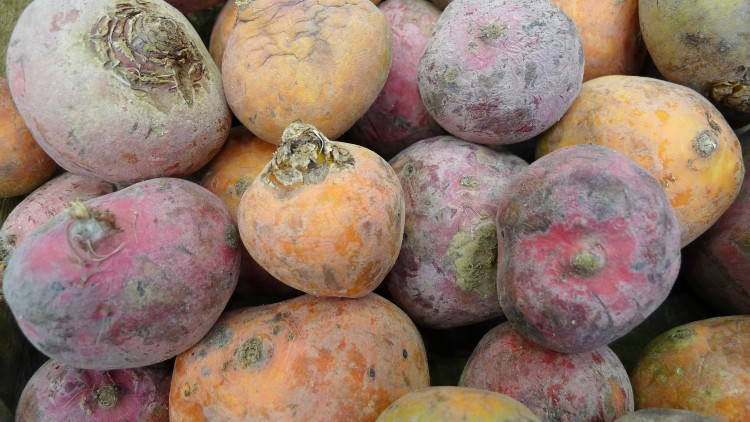 This morning while sitting at my desk I admired the dexterity of a blue tit flitting from branch to branch on my roses enjoying a delicious breakfast of tiny green caterpillars. These little caterpillars feast on the tips of the soft new growth on my roses and manage to fold the leaves on top of themselves creating a cocoon. Whenever I notice these folded leaves I open them and often find that the caterpillar has long since moved on to another spot leaving behind damaged leaves. The blue tit however is most precise and only looks for caterpillars – he was very successful this morning and I enjoyed the show.

The end of April brings showers and sunshine and significant growth in the garden, with May comes warmer temperatures (we hope) and no excuses – it is time to work. Here are a few things that have been keeping me busy recently.

The vegetables beds always demand a little work. Keep the weeding to a minimum with a regular look to see what can be quickly and easily removed. With the recent heavy rain the soil is moist making weed removal much easier. Little and often is the only way with weeding, I’m afraid it cannot be avoided.

Chitted potatoes should be ready to plant out now. Chitting is when the seed potatoes are exposed to light, most often by being placed in egg boxes in a frost free garage or garden shed and allowed to develop shoots. Chitting gives the potatoes a head start by encouraging faster growth and a heavier crop. Plant at a depth of between 8-15cms (depending on the variety) in a long trench with a distance of 30cms between each potato and 60cms between each row. Cover lightly with soil. When the shoots reach 20cms “earth up” the soil around the shoots, this will increase the length of underground stems that will bear potatoes. It is important to “earth up” a second time to prevent tubers close to the surface from turning green. Watering is essential, dry conditions will result in a small crop. Early potatoes will be ready to harvest from the end of June, second earlies from the end of July once the flowers have opened and maincrop from the end of August once the foliage turns yellow.

For the first time I have planted golden beetroot. I’ve long been a fan of homegrown beets, harvesting them when they are tiny to roast with olive oil and garlic and sometimes stealing the occasional leaf for salad. A very easy to grow vegetable which gives tremendous results. I’ve started my seeds indoors in seed trays and will transplant them to the vegetable garden once they reach about 3cms, each seedling should be placed 10cms apart. Remember when transplanting seedlings to only every touch the leaves as the stems are incredibly fragile and are easily damaged. I’ll let you know how I do.

Be patient with the bulbs that have gone over. Take a secateurs and cut back the faded flower heads from daffodils, tulips and hyacinths. The bulbs need to recoup some energy for another splendid show next year and by removing the flowers the bulbs will begin to build up energy instead of using it up to create seeds. It is really important to allow the leaves of these bulbs to yellow before trimming them to the ground, this will take about six weeks, but it will be worth it next year when the spring show is in bloom.

With such growth in the garden consider using stakes and supports for your top heavy or tall perennials like peonies and verbascum. Purpose-made frames can be purchased from garden centres but it is equally easy and economical to build your own. Use four bamboo sticks of at least 30cms to encircle the plant and then wind garden string around the sticks to create a frame. Obviously the length of the bamboo depends on the eventual height of the plant, most of the structure will eventually be hidden by the foliage. The best time to do this is now before the plant takes on too much growth. New growth on climbing roses should also be tied up as windy weather will damage the new branches. Also check your other climbers such as clematis, honeysuckle, hydrangae and encourage them to grow where you want them to.

The spectacular flowers of the forsythia have now finish for another year which makes this the ideal time to prune it. A third of the main stems may be cut out to the ground which encourages new growth. The shrub can also be neatened up by cutting back to strong young shoots.

Plenty to do between the raindrops.

2 thoughts on “a chilly start to May”